The Fraser Valley Real Estate Board processed 1,383 sales of all property types on its Multiple Listing Service® (MLS®) in April, a 13.3 per cent increase compared to sales in March 2019, and a 19 per cent decrease compared to the 1,708 sales in April of last year. Of the 1,383 total sales of residential and commercial combined, 489 were residential detached homes, 379 were townhouses, and 374 were apartments.

Darin Germyn, President of the Board, said of the market: “Consumers may not have the purchasing power that they did prior to January 2018, but the desire for home ownership is still there and we’re seeing that reflected in our MLS® data.

“Detached homes under one million dollars and attached homes – ranging from $400,000 to $700,000 – continue to attract buyers in the Fraser Valley. Townhome sales in Abbotsford increased by almost 60 per cent compared to March and were on par with last year’s April sales.”

There were 7,870 active listings available in the Fraser Valley at the end of April, an increase of 12.3 per cent compared to March 2019’s inventory and an increase of 38.9 per cent year-over-year.

“A slower, stable market has had a positive impact on affordability in our region. Prices of typical residential homes in the Fraser Valley have decreased between 5 and 6 per cent in the last year. In the last three months, benchmark prices have either plateaued or have experienced a small recovery,” added Germyn.

For the Fraser Valley region, the average number of days to sell an apartment in April was 37, and 31 for townhomes. Single family detached homes remained on the market for an average of 37 days before selling. 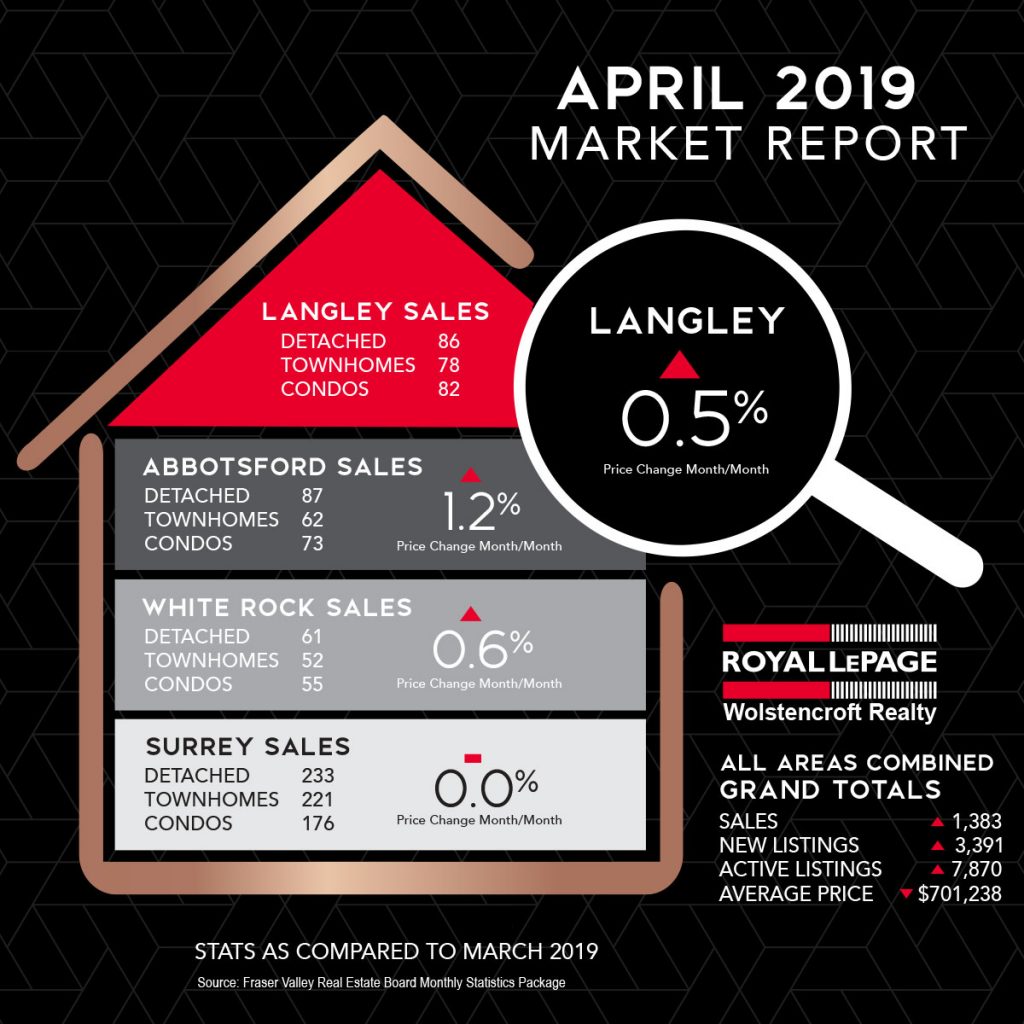