Ongoing Demand For Properties in October For The Fraser Valley

October fails to scare away home buyers in the Fraser Valley

SURREY, BC – Ongoing demand for properties in the Fraser Valley saw overall sales reach the second highest point for an October in the Board’s history. The Fraser Valley Real Estate Board processed 1,799 sales of all property types on its Multiple Listing Service® (MLS®) in October, an increase of 23 per cent compared to the 1,463 sales in October of last year, and an 11.1 per cent increase compared to the 1,619 sales in September 2017.

Attached sales represented 56% of all market activity for the month, with apartment sales totaling 591 and townhomes at 418.

“The divide between our attached and detached markets continues to widen,” Gopal Sahota, Fraser Valley Real Estate Board president said. “Apartment activity was notably strong in October with a sales-to-actives ratio of 105 per cent, meaning that apartments are selling as fast as we can list them.”

“Your real estate experience in the Valley is going to be very different depending on what you’re looking for or selling,” continued Sahota. “Regardless, with the help of a professional REALTOR® you can understand exactly what’s happening in your market and find success.”

For the Fraser Valley region the average number of days to sell an apartment in October was 18 days, and 19 days for townhomes. Single family detached homes remained on market for an average of 31 days before selling.

The Fraser Valley Real Estate Board is an association of 3,514 real estate professionals who live and work in the BC communities of North Delta, Surrey, White Rock, Langley, Abbotsford, and Mission. The FVREB marked its 90-year anniversary in 2011. 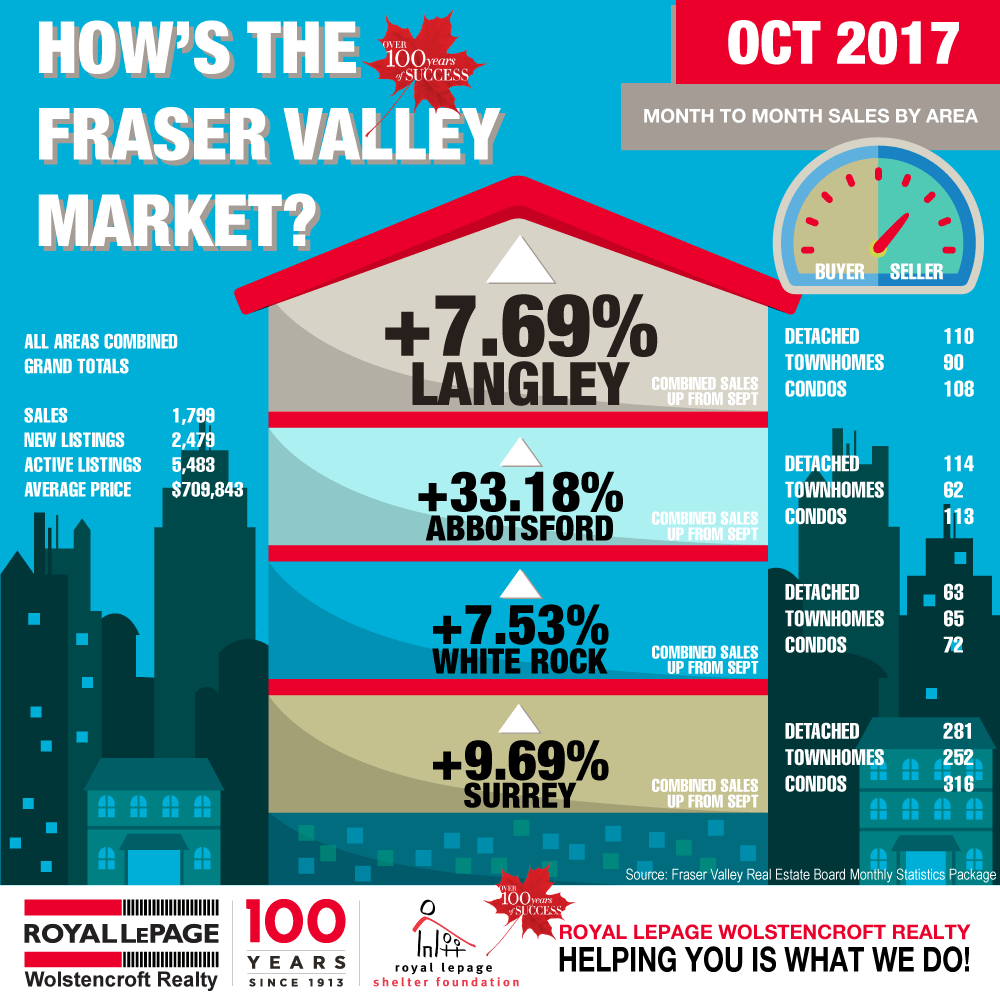